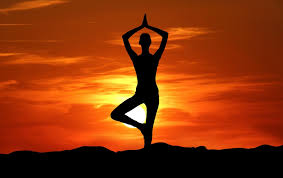 Yoga (Sanskrit: योग; About this soundpronunciation) is a group of physical, mental, and spiritual practices or disciplines which originated in ancient India. Yoga is one of the six orthodox schools of Hindu philosophical traditions.There is a broad variety of yoga schools, practices, and goals in Hinduism, Buddhism, and Jainism.The term "yoga" in the Western world often denotes a modern form of Hatha yoga, consisting largely of the postures called asanas.

The origins of yoga have been speculated to date back to pre-Vedic Indian traditions; it is mentioned in the Rigveda,but most likely developed around the sixth and fifth centuries BCE,in ancient India's ascetic and śramaṇa movements.The chronology of earliest texts describing yoga-practices is unclear, varyingly credited to Upanishads.The Yoga Sutras of Patanjali date from the first half of the 1st millennium CE,but only gained prominence in the West in the 20th century.Hatha yoga texts emerged around the 11th century with origins in tantra.

Yoga gurus from India later introduced yoga to the West,following the success of Swami Vivekananda in the late 19th and early 20th century with his adaptation of yoga tradition, excluding asanas. In the 1980s, a very different form of modern yoga, with an increasing number of asanas and few other practices, became popular as a system of exercise across the Western world.Yoga in Indian traditions, however, is more than physical exercise; it has a meditative and spiritual core.One of the six major orthodox schools of Hinduism is also called Yoga, which has its own epistemology and metaphysics, and is closely related to Hindu Samkhya philosophy. 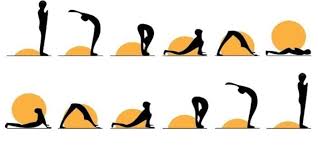 The king of types of Yoga which covers the entire body exercise is Surya Namaskar (Sun Salutation). It is beneficial for all age group starting from child to old age people. 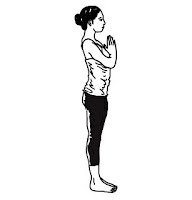 Stand at the edge of your mat, keep your feet together and balance your weight equally on both the feet. Expand your chest and relax your shoulders. As you breathe in, lift both arms up from the sides, and as you exhale, bring your palms together in front of the chest in prayer position. 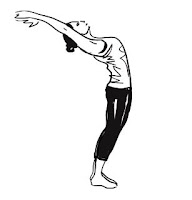 Breathing in, lift the arms up and back, keeping the biceps close to the ears. In this pose, the effort is to stretch the whole body up from the heels to the tips of the fingers. 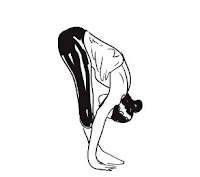 Breathing out, bend forward from the waist keeping the spine erect. As you exhale completely, bring the hands down to the floor beside the feet 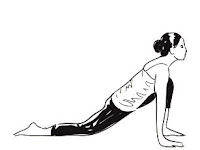 Breathing in, push your right leg back, as far back as possible. Bring the right knee to the floor and look up. 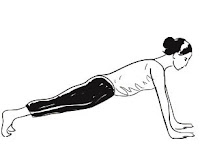 As you breathe in, take the left leg back and bring the whole body in a straight line.

Gently bring your knees down to the floor and exhale. Take the hips back slightly, slide forward, rest your chest and chin on the floor. Raise your posterior a little bit. The two hands, two feet, two knees, chest and chin (eight parts of the body) should touch the floor.

Slide forward and raise the chest up into the Cobra pose. You may keep your elbows bent in this pose with the shoulders away from the ears. Look up at the ceiling. 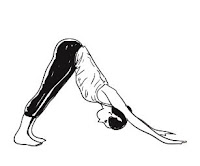 Breathing out, lift the hips and the tailbone up to bring the body into an inverted ‘V’ pose. 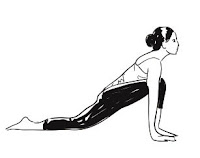 Breathing in, bring the right foot forward in between the two hands. The left knee goes down on the floor. Press the hips down and look up. 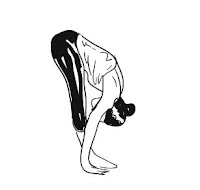 Breathing out, bring the left foot forward. Keep the palms on the floor. You may bend the knees, if necessary. 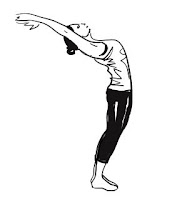 Breathing in, roll the spine up. Raise the hands up and bend backward a little bit, pushing the hips slightly outward. 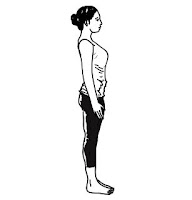 As you exhale, first straighten the body, then bring the arms down. Relax in this position and observe the sensations in your body.

There are several benefits by doing Surya Namaskar if you are doing it on daily.
It helps to maintain cardiovascular health, also stimulates the nervous system It helps in stretching, flexing and toning the muscles and excellent exercise for weight loss management. It also strengthens the immune system and improves overall health, strengthens the body and relaxes the mind. 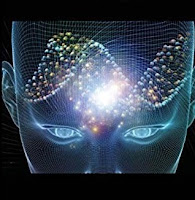